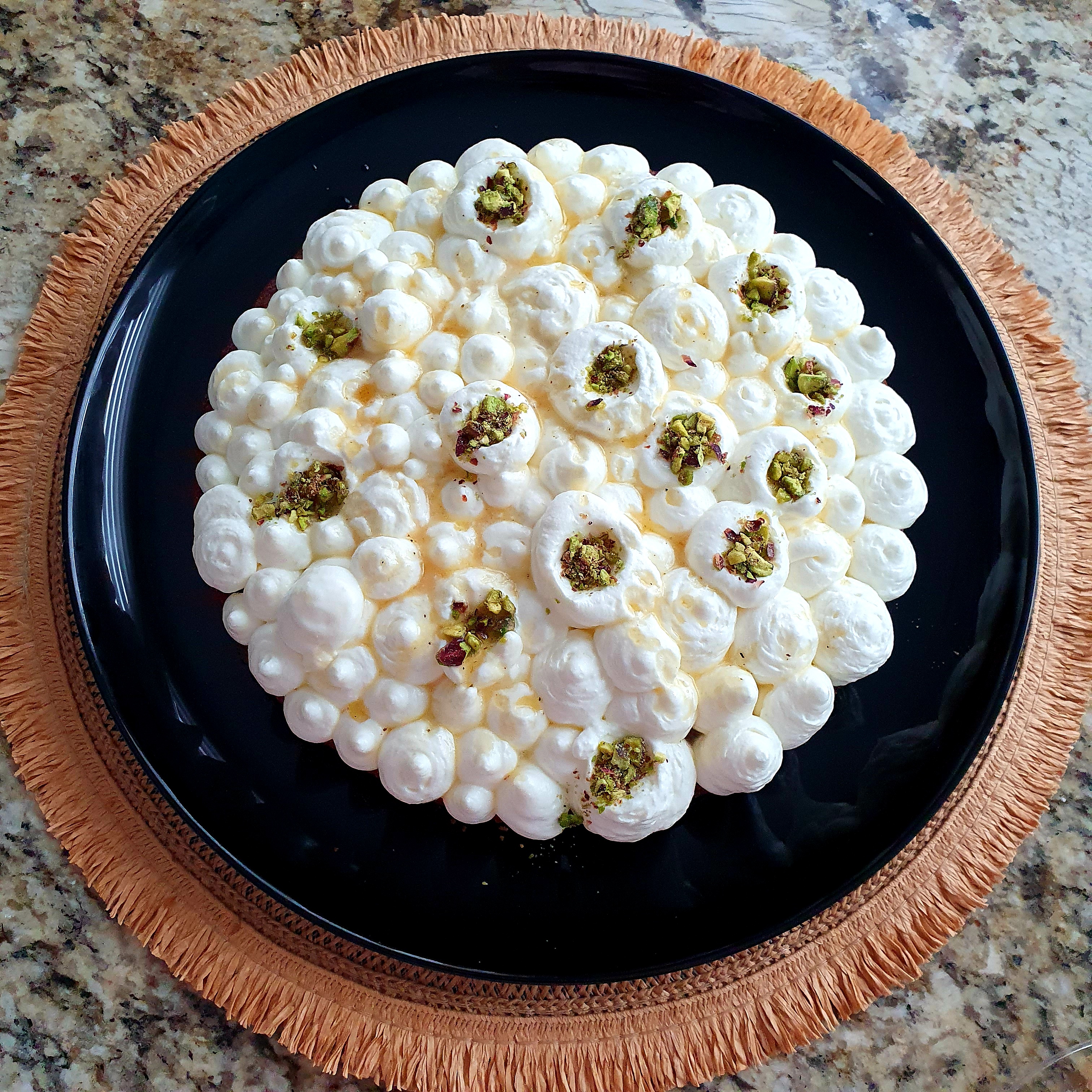 Pressed by Cameroon and Gabon on the equatorial navel of Africa, there is a country whose inhabitants are richer than the average European, but do not know it – Equatorial Guinea. However, “oil money” goes into a limited number of pockets. The standard of living of the majority of people is among the lowest in the world (“surpassed” only by countries that are currently at war). The country that discovered oil in its lands in the 1980s and that radically changed everything. In 2017, it became the 14th member of OPEC and is the richest on the black continent.

Equatorial (Spanish) Guinea was the only colony in Africa that Spain managed to maintain from the late 19th to the mid-20th century. The Spaniards first captured the largest island in the area and named it Fernando Poe. There they founded their central city of Santa Isabel. Today the island is called Bioko and the city – Malabo. It is also the capital of Equatorial Guinea. The mainland was “civilized” later – only after the First World War. In Spanish times, cocoa and coffee plantations employed mainly seasonal workers from Nigeria, whom the Spaniards preferred to hire because they found them more conscientious in their work than the locals. However, after the declaration of independence and the takeover of power by Macias Ngema, things changed. First, startled by his authoritarian manners, almost all Spaniards fled. Then he himself drives away the irritating Nigerians. The loss of skilled labor is rapidly collapsing the economy. In response, Macias Ngema tightened the political system and announced the merger of all parties into a United National Workers’ Party. Two years later, he proclaimed himself president for life, changed all Spanish geographical names to local ones, and took a course of friendship with the then socialist camp. In the country, Macias Ngema poisoned the lives of the main island of Bioko, the Bube tribe – about 70,000 of them were forced to emigrate because of his persecution. The president’s nephew, the head of the National Guard, Colonel Theodoro Obiang Ngema Mbasogo, skillfully took advantage of the boiling discontent and carried out a coup against his uncle and shot him. At first, Obiang Ngema sought to portray himself as a defender of Western values. His first job was to restore diplomatic relations with the United States and Spain, which responded immediately with economic aid. The most generous is the former metropolis, which lobbies for its equatorial friend in the EU as well. World powers and international organizations became even more interested in the fate of the small republic after oil was discovered on its shelf in the early 1980s. President Obiang Ngema also quickly grasped the significance of the discovery and began to behave more and more waywardly. Distracted by the advice from abroad to pretend to be a Democrat and follow in the footsteps of his uncle – he created the Democratic Party of Equatorial Guinea and defeated the opposition. In the early 1990s, Obiang Ngema made a clever maneuver – declaring a multiparty system and legalizing the organizations of his enemies. The opposition came to light, and he immediately arrested them, tried them for treason, and only the personal intervention of French President Jacques Chirac saved Obiang Ngema’s enemies from death. Paris’s word weighs heavily in Malabo because the president has decided to reorient the country from his overly pretentious Spain to France, which is more interested in equatorial oil. The African Republic has been welcomed with open arms in the French economic zone, to which neighboring Cameroon and Gabon also belong. French became the official language along with Spanish.

The cuisine of Equatorial Guinea is a mixture of the cuisines of the local tribes, the Spanish (their colonial homeland) and the Moroccan. It includes a variety of meats, including game, bush meat, and imported meats. Fish and chicken are often present in dishes. Chili and other spices are very popular. The main ingredients in equatorial cuisine come from native plants and animals, including plantains, sweet potatoes, breadfruit, yams, kakayami (locally known as malanga), ground nuts and snails.

You can try dishes like “Peppersoup” – West African soup, which usually includes black pepper, meat and nutmeg, “Sopa de pescado con cacahuete” – soup of ground nuts with fish, onions and tomatoes, as well as oysters, boiled bull testicles (usually after cooking and fried), paella, “Succotash” – sweet corn with lima beans or other beans. A national favorite is chicken stewed in a creamy peanut sauce on rice or cooked plantains – the main sources of carbohydrates in equatorial guinea food. On special occasions, typical dishes include roast duck, chicken or seasoned, smoked beef. In Equatorial Guinea, milk is not pasteurized. So be careful with foods containing milk. Although the coffee and cocoa industry is among the most developed in Equatorial Guinea’s economy, the average local does not usually consume these beverages. Equatorial Guineans are more likely to drink African tea (called Osang), palm wine or locally produced sugar cane alcohol known as malamba. Locally produced or imported beer can also be found in Equatorial Guinea, although the latter can be expensive when ordered in restaurants.

I had a hard time finding a cake for the blog. 🙂 We are still in Africa. 😉 I made for you Whole boiled mandarin cake with jasmin tea syrup. Here are the necessary products for it:

Wash the tangerines (oranges) well and put them in a small bowl on the stove.

After the water boils, put baking paper on the tangerines and a plate on it and reduce the heat to medium.

Cook for 15-20 minutes until the tangerines are soft. Then cut them into pieces, carefully cleaning the seeds. Grind them in a puree blender and set aside to cool.

In another bowl, beat the butter and sugar into a cream for about 6-8 minutes. Add the eggs one at a time, beating until smooth. I do not need to remind, but still – the products must be at room temperature. Mix the polenta, yogurt and vanilla and add the mixture to the butter and eggs. Add the mandarin puree. Finally, mix all the dry ingredients and put them in the mixture. Stir gently until everything is homogeneous.

Line a 24 cm diameter tray with parchment paper and pour over the marshmallow mixture. I made a tray 22 cm and a small one for some special people 😉

Bake in a preheated 180 degree oven for 1 hour and 15-30 minutes. It was baked for me in an hour and 15, and according to the recipe it was 1 hour and 30 minutes. Just check with a wooden skewer.

Remove from the oven and leave for 10 minutes before removing the marshmallows from the pan.

It’s time to boil the syrup. Pour all ingredients into a small bowl and cook over medium heat for 20 minutes. Strain and allow to cool.

While the cake and syrup cool, whip the cold cream into soft peaks. Add the strained milk and beat until smooth.

It’s time to assemble the cake.

Syrup the cake with the syrup and a brush. I didn’t use the whole syrup. I left it if someone wants to pour a piece of cake extra. The cake itself is quite juicy and I didn’t want to make it revane.

With a small spoon, indent some of the tips.

Sprinkle ground pistachios in the recesses.

Sprinkle with a little syrup. That’s all for the cake. I couldn’t wait to cool it down a lot and tried it. Exceptional and fresh orange taste. Light and airy. Ideal for every day. Very good hit. Try it and I’m sure you won’t regret it. I served it on the terrace with the afternoon coffee, and also added a bonus pistachio and syrup;), and enjoyed its wonderful taste. 🙂 I really like to rest for three days. Why all weekends are not so many days?