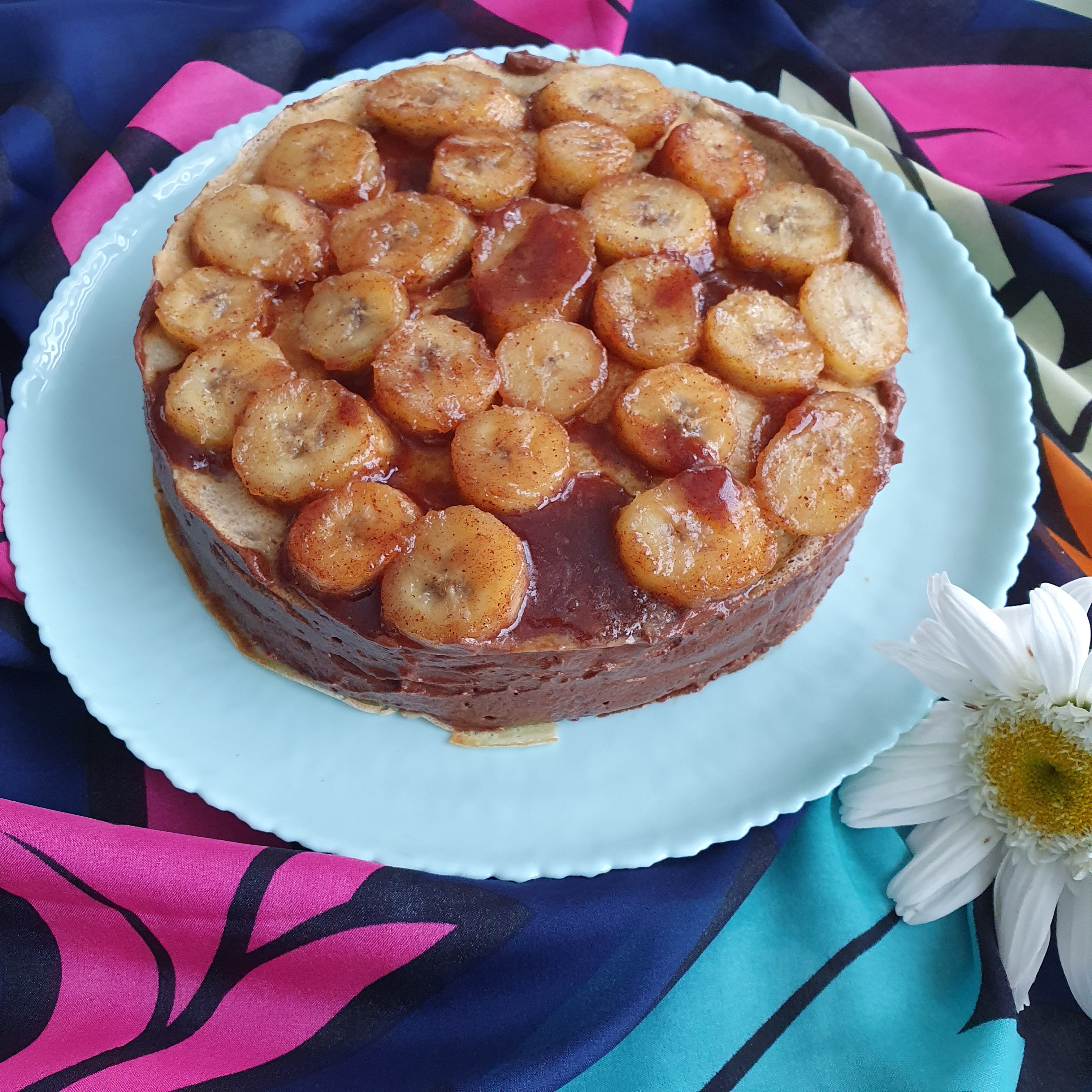 Welcome to the cradle of civilization – the place where the first homo sapiens appeared, warm as the sun and bitter as a cup of coffee – Ethiopia.

The skeleton of the oldest discovered Australopithecus, Lucy, was found in 1970 in southeastern Ethiopia. Scientists estimate that Lucy lived on Earth 3 million and 200 thousand years ago. Scientists are still debating when exactly primates became humans, but more ancient remains have not yet been found.

Ethiopia has the longest known history as an independent state in Africa. It is also known by its historical name Abyssinia. Told in years, the story of Ethiopian history sounds like this. In 1000 BC. the lands of present-day Ethiopia are in the possession of King Solomon. The second century is remembered for the formation of the kingdom of Axum, which gained strength and power, especially after gold and silver coins began to be minted there. There are several stories about the mythical Queen of Sheba, but since the topic today is Ethiopia, I will tell the story described in the sacred book “Kebra Nagast” about this remarkable woman. She hears for the wisdom of King Solomon and goes to him with great riches of fragrances, gold and precious stones loaded with camels. He received her and they talked about everything that interested her. According to Ethiopian legends, the Queen of Sheba returned to her capital Axum and months later gave birth to a son of Solomon, whom she called Menelik (son of the wise). Years later, Menelik travels to Jerusalem to see his father, who greets him warmly and invites him to stay to inherit his throne. Menelik refuses and, under cover of night, takes the Ark of the Covenant and returns it to Axum, where he remains forever. Reading the stories, the Ethiopians see their country as chosen by God because it was chosen as the place to keep the ark of the Covenant, and the Queen of Sheba as the mother of the nation. Although there is no historical and archaeological evidence for the existence of such a person, the image is clearly very charming and lives in the hearts of generations. 🙂 The city of Axum is an interesting place that should be visited mainly due to the fact that it is considered the most sacred place in the African country, because it is here that Christianity is accepted as the official religion in the country. This sanctuary of Ethiopian Orthodoxy is one of the joys for archaeologists, because there are remains of ancient tombs, palaces and churches everywhere. 98% of the ancient city has already been excavated and declared a UNESCO World Heritage Site. The sacred ark (a box of gold and acacia wood) is also said to be in Axum, but was apparently not found in these 98% of the areas studied. 😉

Unlike most countries in the world, Ethiopia’s national calendar has 13 months. 12 of them contain 30 days, while the last consists of five or six days (depending on whether the year is leap-year). The day in Ethiopia does not start at 00:00, but begins at sunrise. The country uses the narcotic plant khat, which has a stimulating effect. In combination with a cigarette or gin, the leaves of the plant are used as a way to relax.

Of all the coffee-producing countries, Ethiopia is perhaps the most fascinating. This charm stems not only from the unusual, amazing coffees it produces, but also from the mystery that covers so much of the country. Ethiopian floral and fruity coffees have opened the eyes of many coffee professionals to the variety of flavors that the drink can have. From west to east, the main coffee-producing regions fall into the strip around the equator, an imaginary line called The Coffee Belt. Between the tropics of Cancer and the tropics of Capricorn, there are countries that provide most of the coffee we drink every day. Stable temperatures, moderate rainfall and rich soil make the perfect conditions for the growth of the coffee tree. Ethiopia is widely recognized as the birthplace of coffee. It is the fifth largest coffee producer in the world and holds about 5% of the global coffee market with Arabica and Hairloom varieties. As early as 1600, the country began exporting coffee to the Middle East. Dinner or lunch in Ethiopia ends with a cup of aromatic coffee. The coffee drinking ceremony, like the Japanese tea drinking ceremony, is associated with its constant rituals. It starts with roasting green coffee beans. Once they are ready, the beans are crushed in a mortar and poured with hot water from a kettle. The mixture is filtered and served. This ceremony can last for hours and is done three times a day.

The basis of Ethiopian cuisine is ingera – a thin and fluffy pancake made from teff flour. The teff cereal is grown only in the highlands of Ethiopia and Eritrea. It tastes like millet, but its small grains cook much faster. This flour can also be found in our country, but it is very difficult because most traders do not even know its name. The original ingredients of this pancake, in addition to the teff flour, are water, salt to taste and oil to spread on the baking sheet. You really think that this thing is prepared very quickly, but it is not. Rare dough needs at least 24 hours to ferment. The gas bubbles that form during this process give the injera the specific perforated texture of the pancake during baking. The injera has three roles in Ethiopian cuisine. This will be your bread for dinner, but also the plate, because on it the Ethiopians put all the prepared dishes for lunch or dinner. In addition, a piece of this pancake can also be used as a spoon, because with the help of your fingers and the piece you can take it from the other dishes on the table. If you like your host and continue to be polite, even though you are smeared with lentil puree, for example, do not refuse the food served by the host to your mouth, because for Ethiopians it is a sign of sympathy and respect.

Ethiopian food is very diverse, but can be grouped into several groups. Wat are lean or meat stews, generously seasoned with a mixture of Berbere spices. At the other end of Ethiopian spiciness are – vegetable stews, which usually contain potatoes, carrots, ordinary or leafy cabbage, as well as ginger. Vegans would feel very good in Ethiopia because over 60% of the population are Orthodox Christians who strictly observe fasts. In addition to the long fasts before Christmas and Easter, they include some shorter ones on some days of the week and thus gather for 250 days without cheese, meat and eggs. Therefore, on the table of these people you can find almost all year round legumes such as dried peas, lentils and beans, which are prepared without a gram of animal fat. The lack of animal fat has been replaced with exotic oils of sesame, saffron and nougat. Outside of fasting, these oils are replaced by niter kibe, a refined oil similar to Indian ghee. Niter kibe is heated with spices such as turmeric, cumin, coriander, cardamom, cinnamon and nutmeg before cleaning and filtering. At the Ethiopian table you will not see how the dishes are served one after the other, because all the dishes are put at once. Also, there are no desserts in Ethiopian cuisine as part of lunch or dinner. 🙁 This is quite strange because a lot of quality honey is produced in the area. You understand that this last fact about the cuisine of the country saddened me. Not only do they not have cakes (something typical of Africa), but they do not have desserts at all. I had to pretend to be an artist and inspired by three typical products / dishes from Ethiopia – inger, coffee and honey, I put together something very tasty, which covers 70% of my idea of ​​a cake. 🙂 Emmy, it is not Ethiopian, but I prepare it with all my heart in honor of this country. Here are the necessary products:

We start by making classic pancakes. Or at least I count them as classic. Beat the egg and milk. Gradually add the flour and finally the salt and oil. Beat into a smooth mixture of similar density:

In general, I make the pancakes quite thin, but in this case I scooped up a little more mixture, because my pancakes play the role of cake bases. Frying is done by lightly greased the pan with a brush, pour the required amount of dough and distribute it evenly on the bottom. I turn the pancakes over when the edges start to separate slightly from the edge with the help of a wooden spatula.

I fried six pancakes from this amount and left them to cool. I start making cream. I put the chocolate, butter, coffee and sugar in a water bath to melt. When everything melts, stir until smooth and set aside to cool. In a separate bowl, beat the cream until soft peaks. Then I add it to the chocolate mixture at several times and stir lightly.

I also prepare the topping for the top of the cake. In a pan, heat the butter, honey, cinnamon and salt.

When it melts, put the sliced ​​bananas and fry them for 4-5 minutes on each side.

It’s time to assemble. I put a pancake as a base. I put on a ring and start alternating pancake and cream.

I finish with caramelized bananas on top.

Let the cake rest slightly, but not in the fridge, because the pancakes will become tough.

That’s it. Another cake I’m making up for Africa. 🙂 I hope you like it. The taste is expected to be good. 🙂 Pancakes, chocolate mousse and caramelized bananas. There is no way to make a mistake. 😉 Try it yourself. Experiment and have fun. It’s summer. 🙂