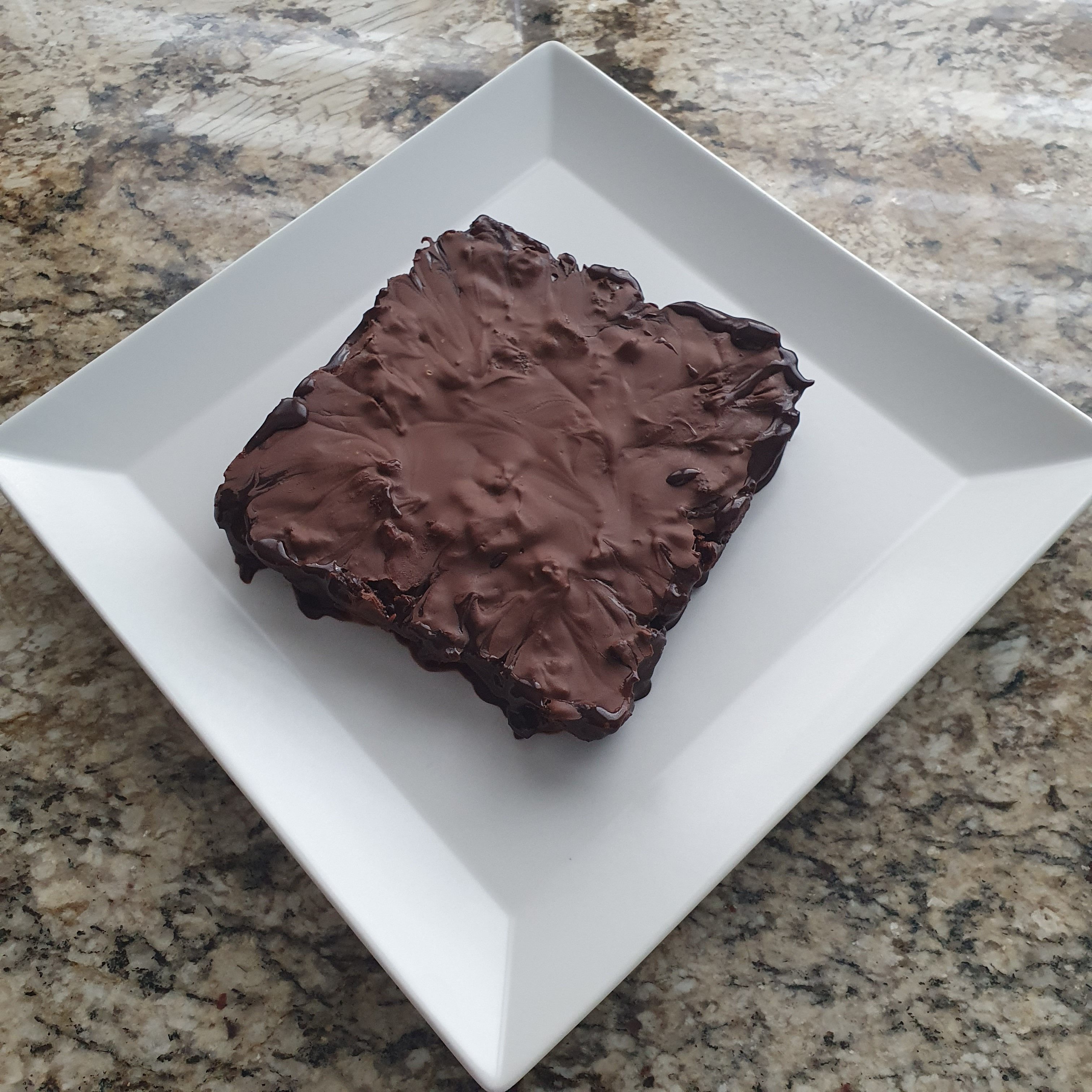 The only Jewish state in the world. It is partially recognized and is a country known for many conflicts and bloodshed, but also with a high standard and serious achievements in science and technology. I was there almost two years ago. I have long wanted to go to these holy places because I love the mysteries and stories in general related to the Holy Grail, the Ark, the Dead Sea Scrolls, etc. I had read and watched a lot on the subject, but the reality is not so mystical and beautiful.

I do not know of our ancestors who went down to the shores of Jaffa (a former city, now a district of Tel Aviv) and then knelt down to Jerusalem, what was their motive for piety and holiness. Maybe the times were different and faith was the basis of everything, but now visiting God’s tomb (at least for me) was by no means a positive spiritual experience. Starting with the crossing of the Via Dolorosa (where Christ went on his way to Golgotha) with its million stalls and crowds of people who are tourists like us or locals who buy pajamas and get to to the very place where a terrifying queue of people winds, the experience has brought me stress, annoyance, and finally physical exhaustion. Therefore, the minute spent at God’s tomb itself was in no way an alien experience. Moreover, the Greek monk was constantly signaling me to leave so that the next one could enter. I don’t know about the other people who visit the holiest place for Christians, what brought them a feeling, but for me this day in Israel was the most oppressive and filled with bad emotions. I’m sorry to say that.

Writing a note to God with your deepest desire and putting it in a crack between the stones on the Wailing Wall is something of a mandatory ritual if you are in Jerusalem. God has promised to be on this wall always. This is the place where prayers are best heard and performed. Even people who are not especially religious say that they feel a special energy here, next to the wall. Perhaps this is the energy of those who for hundreds of years have brought here pain and joy, sorrow and luck, faith and unbelief. Access to it is divided into two parts – in one men are allowed with a cap placed on their head. There are such disposable hats next to the wall. And in the other part go the women, whose head should be covered with a scarf. In the interest of truth, the place for men occupies 3/4 of the wall, and for women – the remaining 1/4. I didn’t think about discrimination at all. 😉 There are so many pieces of paper stuck in the cracks that it is difficult to find a place to put your own. Traditionally, the “cleaning” of the Wall is done twice a year, and the leaves that have been removed are buried not far from the Wailing Wall. They are not burned because they are considered to be direct messages to God, and that would be inappropriate.

If you are traveling to Israel and you are a Christian, you can be baptized in the Jordan River. Once much fuller than now. There are places where you are sold white slaves to dive in and then you can get a piece of paper with your name that you are baptized in the river where John baptizes Christ. I didn’t dress in a white robe, I just dipped my legs. There is a lot of sediment in the river and it looks muddy. But there were people who sang, cried, dived several times, read the scriptures. A colorful world in general.

If you want to dive into the saltiest sea you have to hurry. The volume of the Dead Sea is so insignificant that it is expected in a few years if no measures are taken to then evaporate completely. The experience of immersing yourself in it is rather unpleasant. The water is so salty that it is slimy to the touch. And if a drop gets in your eye, I don’t think how painful it will be. As for the idea and experience, I immersed once, but this can not be a place for rest and relaxation as I understand walking at sea. 🙂

Food is a very important part of every nation’s culture. The same goes for Israel, where local cuisine will enchant you with its traditional Middle Eastern taste. There are some delicious local things that you must try if you visit Israel. 1. Shakshuka – This North African dish is suitable for starting the day and is a favorite breakfast in Israel. There are many variations, but it is mainly a fried egg in a spicy tomato sauce. It is served with pieces of bread, which you scoops the food from the plate. 2. Chickpeas – If you do not try chickpeas in Israel, you will be very wrong. It is the basis of many of the most popular local dishes such as Hummus, Msabbaha – close to hummus, but different in consistency – here chickpeas are whole, not crushed. Chickpeas are also used in the making of Falafel. 3. Shawarma – Looks like a doner kebab, but is made with pieces of turkey, chicken or lamb, thinly sliced, served in a bread garnished with various salads and spices. 4. Salad – Salad here is not just lettuce with tomatoes. In Israel, it is made with lots of fresh herbs, lemon juice and olive oil. You can also try the local tabouleh (tomatoes, parsley, bulgur, mint and onion), cauliflower with tahini, pickled zucchini and carrots – they are also part of the local salads. 5.Murtabak – This is a traditional dessert for Jerusalem – rolled crusts, thin as paper, stuffed with soft white cheese, nuts and fruits. Fold like a pancake and bake until warm and crispy. Then spread with butter and sprinkle with powdered sugar before serving. 6. Pomegranate juice – Sold in most markets and is ideal for the heat in Israel. If the taste of pure pomegranate is a little bitter-sour, you can add orange. But in fact, pomegranates there are divine in taste – large and ripe, and their juice is really an elixir. 🙂

For the Jewish people, Passover is the most ancient holiday and the most significant. The Jews remember this important day from ancient times and sacredly honor the memory of salvation from slavery. This holiday is a symbol of liberation, the achievement of the long-awaited goal and liberation from tyranny. The celebration has centuries-old traditions and is still revered by all Jews. The traditional dish of this holiday is a fresh matzo cake, a symbol of the haste of all Jews leaving Egypt. The canons for cooking matzo dictate that you take only 18 minutes for it – that’s just enough so that the dough doesn’t have time to start “wandering”. Thus, mazzo is not considered a dish with yeast and can be consumed during the holiday. Matzo serves as a reminder of the great flood, in which all Jews were forced to pack their belongings and leave Egypt. They left so fast that the bread dough did not have time to rise and so a matzo appeared.

For you I chose to prepare a cake with mazo – Chocolate Matza. Here are the necessary products:

Break the crusts into small pieces. Heat the cocoa, coffee, sugar, water and brandy in a pot on the stove. Finally add the butter.

When everything has melted, pour the crusts into a rectangular pan with it. Allow to cool.

Melt the chocolate in a water bath. Add the peanut butter.

Pour over the remaining mixture. Leave for 4 hours in the refrigerator to harden or for half an hour in the freezer.

Well, that’s it. Very fast and simple. With a rich chocolate flavor. You know, I don’t like chocolate, but how happy everyone around me is : D. Israel remains a strange country to me. I visited it, tasted the food, drank the water, breathed the air there and still do not understand why Palestinians and Jews continue to kill in these lands …It is sad for so many lost lives. Apparently I will never understand them. Apparently their world is very far from mine, their worldview is very different from mine… But can you ask for a piece of desert to take the life of a child, can a mother send her child surrounded by explosives in the name of God?!?!? Which God would want that? There is no such God. Because the divine is in each of us and its strength is to love each other, not to kill each other.